At the heart of every investment lies a tradeoff between return vs. exposure to loss, risk, and ambiguity. How do investors analyze these factors and ultimately make decisions?

Expected returns play an obvious role, but life goals and psychological factors such as “sleeping well at night” heavily influence investment decisions as well. The typical investor is left struggling with the seemingly incompatible languages of classical finance and human needs and emotions. This struggle can lead to poor decisions – for example, the investor tendency of buying at highs and selling at lows.

Given the difficulty of changing investor mindsets, investors would do well to acknowledge behavioral tendencies and cognitive biases rather than combat them.

Recent strides in behavioral finance indicate that investors often exhibit one or more of the following behaviors and preferences termed “aversions” when making investment decisions:

Why Are Investors Naturally Risk-Averse?

There are two drivers of aversion behavior, one rational and the other psychological.

The rational economic driver can be described by Utility Theory, a bedrock of modern economic thinking. It states that humans rationally operate based on expected useful outcomes, and not, for instance, on mathematically expected outcomes. Thus, optimal human decision making has to take into account the frailties and foibles of human life, such as limited time, fixed minimum expenses, and diminishing marginal utility of money, that don’t get reflected in equations of expected outcomes. These rational departures from expected outcomes contribute to aversion behavior.

What Does This Mean In Practice?

For starters, simply knowing an investment will perform well over the long term isn’t useful to many investors. To quote John Maynard Keynes, “In the long run, we are all dead.” For instance, a young couple who is saving for a down payment on a house can’t take a 20-year outlook on that money. Instead, they need to make sure that down payment is available for a house closing in the near future. So while studies have demonstrated that over the long term, equities have consistently outperformed fixed income, that conclusion is of little value to a young couple whose time frame is much shorter. While mathematical returns may favor equities, that couple is better off with their assets in fixed income. Thus, optimal human decision making has to take into account the needs of human life that aren’t reflected in mathematical equations of expected outcomes.

Psychological drivers of aversions refer to human behaviors that appear to have little connection to useful outcomes but nonetheless play important roles in investment decisions. For example, the young couple mentioned above may continue to prefer fixed income to equities even after they have met their down payment needs. Most people like winning and dislike losing and they almost certainly dislike losing more than they like winning.

Whether by evolution or other forces, we have seemingly been programmed to favor certain states such as clarity over ambiguity, stability over risk, and loyalty to what we already own to what we don’t own (i.e., the so-called endowment affect), even when there is no rational reason for doing so. Ignoring psychology when analyzing financial decisions can be perilous, as many financial decisions are indeed driven by psychological biases as opposed to rational thought.

Examples include the persistent habit of retail investors to sell at market lows and purchase at market highs and the $100B+ of cash and cash equivalents earning no income within retirement plans.

Loss Aversion – Investors experience a dollar lost as more impactful than a dollar gained Would you accept the following coin flip bet?

Humans generally give greater weight to the loss of a dollar than they do to the gain of an additional dollar. Thus, a 50/50 bet is not attractive to the average investor; the bet has to be skewed in favor of winning to attract interest.

Thus, going back to our earlier discussion of choosing between equities and fixed income, the possibility of loss on equities is a negative factor for which the market will require a higher expected return vs. fixed income. How much higher? Let’s explore:

The following scenario should be appealing to few rational investors:

The following scenario should be appealing to some rational investors:

The following scenario should be appealing to many rational investors:

However, the following scenario, which is equally mathematically appealing, will not be appealing to many rational investors because it’s simply too scary to lose so much.

There is a psychological driver of loss aversion as well. People generally place a higher value on an item in their possession than they would on the same item if they did not own it. Thus, an investor will psychologically value a dollar he owns more than a potential one he does not.

Which of the following payoffs would you prefer?

Given that A and B have mathematically equivalent expected outcomes, there are individuals who prefer the certainty of option A (said to be “risk averse”), those who prefer the 50% odds of option B (“risk seeking”), and those who don’t care (“risk neutral”).

Risk aversion appears to be the dominant trait among people. Most people who are exposed to uncertainty will attempt to reduce it; in the context of finance, investors prefer an opportunity with a certain payoff (e.g., fixed income) to one with an uncertain payoff (e.g., equities) if the expected returns are equal. Thus, the expected return for equity markets has to be greater than returns for fixed income, if markets are efficient. Historically, that has generally been the case (keeping in mind that the potential for loss also plays a role in the greater expected returns for equities).

A: Guess what color ball is randomly drawn from an urn of 50 blue balls and 50 red balls

B: Guess what color ball is randomly drawn from an urn of blue and red balls; ratio of blue to red balls unknown

Most people prefer known risks to unknown risks, even if those risks are shown to be mathematically equivalent. Thus, an investor choosing between two investments will favor the one in which he or she understands what can go wrong – i.e., people prefer the devil they know, all else being equal.

Ambiguity aversion is a relatively groundbreaking field of research with few widely accepted theories to explain either the utility or psychology drivers behind it. One theory is that humans seek to minimize their worst-case odds. Since the first urn (with 50/50 split of colors) presents at worst a 50% chance of being wrong, and the second urn presents a greater theoretical chance of being wrong (e.g., if only one blue ball is found in the batch, and the participant chooses blue, he has a 99% chance of being wrong), participants generally prefer the first game. It should be noted the aversion serves no utilitarian purpose in this decision – it pushes a preference which does not ultimately help the user.

One real-world context of ambiguity aversion is that it acts as a deterrent to various potential investments and trading transactions. For instance, it is well documented that United States investors are significantly overinvested in domestic investments. Whereas financial models would generally suggest a 50% global allocation, U.S. investors typically invest only 10% abroad.

The lack of interest in global markets among U.S. investors can be viewed through the lens of ambiguity aversion. Although U.S. investors are rationally aware that at least some global equities belong within their portfolios, familiarity leads to an overwhelming favoritism toward U.S. equities.

The first group of “thrill seekers” is a minority, whereas the majority of investors fall into the latter two groups and are collectively loss averse. The rub is that most investors allocate a substantial portion of assets to equities – thus, the traditional portfolio allocation of “60/40” split between stocks and bonds.

Equity markets, however, present unbounded loss potential (down to zero), gyrate with a great deal of volatility, and offer unknown probabilities of success. As such, equities as an asset class do an excellent job of triggering several investor aversions – it is therefore no surprise that investors often tend to become either too excited or too scared with their equity holdings at just the wrong time.

A consistent thread of investing advice for several decades has tried to coax investors to hold their equity investments relatively steady, regardless of the slings and arrows of outrageous fortune.

However, when the going gets tough, it can be difficult for an investor, particularly one with a utility need to meet, to maintain the requisite calm. Without a clear understanding of a maximum equity drawdown during a crash, it is impossible for an investor to ensure his/her equity investment nest egg will meet his/her utility needs when required. Similarly, the psychological uncertainty surrounding what may happen next in a market downturn can simply be overwhelming for most individuals.

To make matters more difficult, change can occur not just externally in markets but within a person – health concerns, an approaching spending need, a looming retirement and so forth – making it nearly impossible for most investors to stay in the market and hope for the best.

Perhaps rather than trying to change investors’ behavior we should be changing our approach to investing. 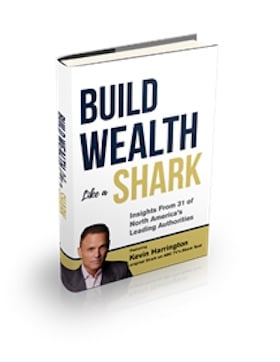 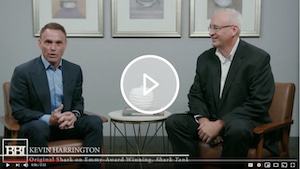 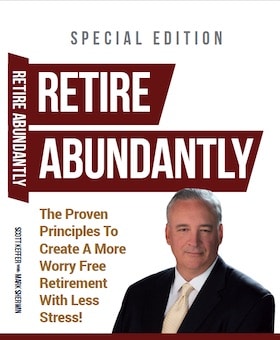 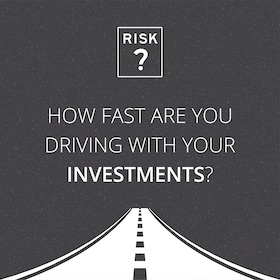